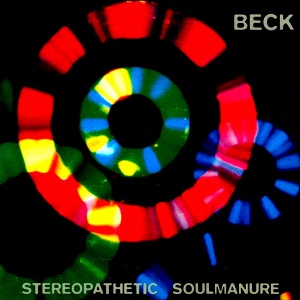 Few American musicians have devised song catalogs as extensive and commercially successful as Johnny Cash and Beck Hansen. Cash achieved a career as one of contemporary music’s true icons and every Beck release touches on a rare level of artistic excellence.  While Cash is primarily known for being a country artist, Beck’s music has been more eclectic and encompassed country, acoustic, pop, and hip hop. While on the surface it would appear that neither of them share much in common, Cash and Beck have a unique bond that occurred at two vastly different points in both careers: the song “Rowboat.”

“Rowboat” was originally recorded by Beck for his independent LP Stereopathetic Soulmaure, an avant-garde album that was released a week before his 1994 career-changing major label debut Mellow Gold. Like Beck’s other independent releases, Stereopathetic Soulmaure is an interesting window into the creative mind of one of the most experimental musicians of the last 30 years. Like any album that would include song fragments labeled “Noise 1,” “Noise 2,” “Noise 3” and the hidden track “Bonus Noise,” the record is not nearly as radio-friendly as Beck’s other full-length albums. It features some brilliantly-written Appalachian folk music, fragments of different songs meshed together, and just plan noise. In hindsight, it is easy to look at the album as a being a lo-fi predecessor of Beck’s diverse portfolio. 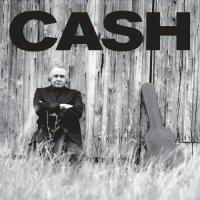 Stereopathetic Soulmaure is more than just a precursor to Beck’s storied career. It also contains a song that became an unusual intersection of two artists at opposite stages in their lives. Johnny Cash used “Rowboat” as the lead track for 1996’s Unchained album. In contrast to Beck’s then-status as a rising artist, Johnny Cash was a titan of American music who was enjoying a late career renaissance with his American Recordings series. Unchained included three songs from Cash and reinterpretations of several songs from other artists, including Soundgarden’s “Rusty Cage.” The LP was primarily recorded under the guidance of Rick Rubin and with an all-star cast of musicians: Tom Petty and the Heartbreakers, Flea, Marty Stuart, Lindsey Buckingham, and Mick Fleetwood.
“Rowboat” itself is a very dark song that tells the story of man who has hit a paralyzing rock bottom after a breakup. Beck’s cut of the song is a very raw take that feels like it was recorded in an obscure West Virginia dive. While Beck’s version is very good, hearing Cash sing the track elevates the lyrics to another level. Cash’s style instantly feels timeless and the isolated worldview of the narrator fits in with so many other songs in his discography (“Nobody”, “Folsom Prison Blues”). It retains the same depressed vibe as Beck’s original, but sounds more Nashville than hillbilly. “Rowboat” is also like many other songs from the American Recordings era. Cash and Rubin found a way to take another artist’s music and make it seem as if it always belonged to the Man in Black. His deep voice and weathered delivery made some of the best contemporary music of the time (Nine Inch Nail’s “Hurt,” U2’s “One”) his own and helped cement his legacy to a new generation of music fans.
This YouTube clip from unknown program (labeled as a 1997 European TV Interview) is an interesting moment. The video opens with Johnny Cash discussing the young Beck’s music and flashes to Beck watching the Cash interview in a hotel room:

This site uses Akismet to reduce spam. Learn how your comment data is processed.